African food is of divers nature, from north to south and west to east you notice people have completely different culinary feelings.

But one thing is sure and same in all part, and that is the use of bare-hands and hot pepper.

Eating in groups makes the food very enjoyable and you get the feeling that you're filled up no matter how small quantity. 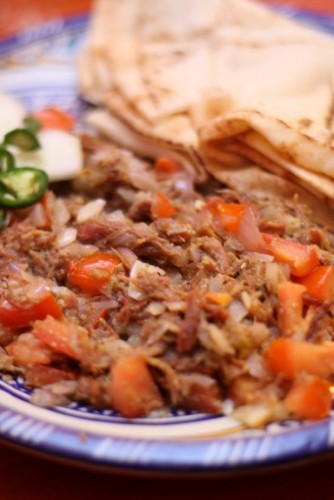 Whenever friends and families come together whether its during an occasion or just a mere gathering the feeling of getting to eat together, dipping hands into one bowl and share the content is a thing that rarely happen anywhere else in the world. The Europeans call it primitive way, but to me its a culture which the Africans should be proud of.

The bare-hand culture is not much practiced these days especially among the so called elites and due to the fact that almost every household can afford atleast a plastic spoons and forks. This is when you eat rice,beans or any unprocessed grains.

But one thing remain and will never change in this culture bare-hand: this is when you eat the traditional akpu or utara in Igbo or tuwo in Hausa, amala in Yoruba languages respectively. Traditionally these food's eating culture will never be changed due to their mode form. All Africans can be proud of this culture.
Non Africans, especially Europeans, usually ask me why the Africans use bare-hands when eating. In response I often joke by telling them that **if you want to feel the true taste of a dish use your bare- hand** but however not all food is eating with bare-hands in Africa. Africans do not eat rice with bare-hands, except children in some remote villages. We all know that in Asia rice and soup are eaten with chop stick, I consider this creative, because I've tried it without much success.
There are other areas of the globe like India where most food are still eaten with bare-hands. So Africa is not alone in this tradition if you really come to think of it.

I have European friends who after using bare-hands, fancied it and felt its down to earth and sociable while others considered it awkward and unhygienic.
In the northern part of Africa most food is eaten with bare-hand example is the couscous, a regional staple and very well known around the world.It is generally considered rude in Africa to talk or laugh loud while eating. And water has a very strong ritual significance in African community, its often the first thing an African host will offer a guest. Fruits, nuts, and hot spicy snacks, are eaten between meals or are served as appetizers, but traditionally most African dishes are served at the same time rather than in courses.